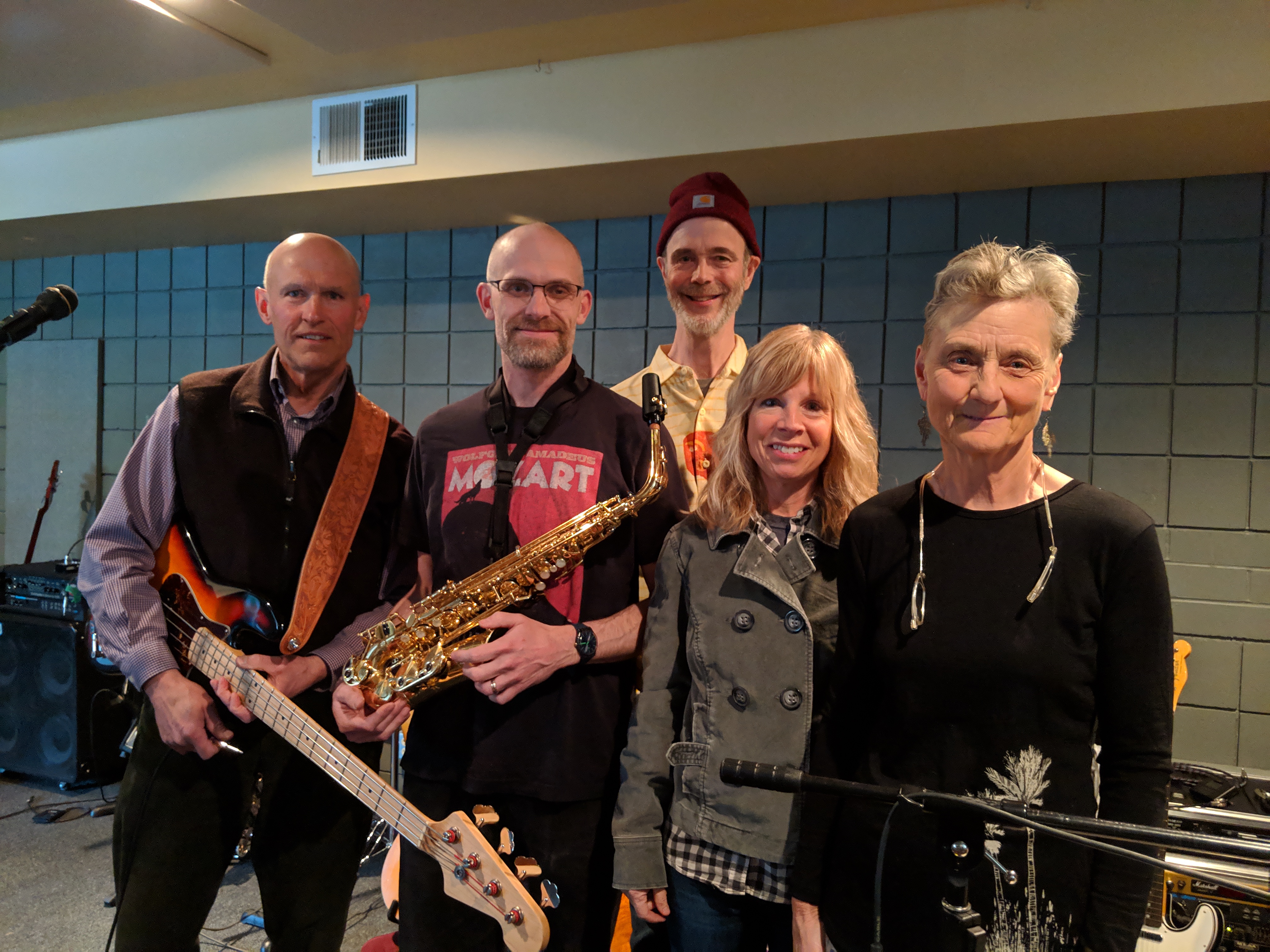 Solar Flair is an eclectic group of folks with deep Alaska roots who fell in together to play and savor jazz. The group includes Paul Paslay who plays guitar and sings; Monica Jenicek holds down the keyboard; Craig Condie on alto and soprano sax,  Mark Woelber plays the electric bass; and Sandy Ford is on drums.

They perform straight up jazz, Blues, Latin and a little funk, from Miles Davis to Antonio Carlos Jobim and beyond. The members of Solar Flair have played together four years, some with a long history in bluegrass, some cutting their chops on classical and church music. One has busked on the streets of Paris and another plays rock and roll with another band. They are available to play wherever jazz is appreciated!